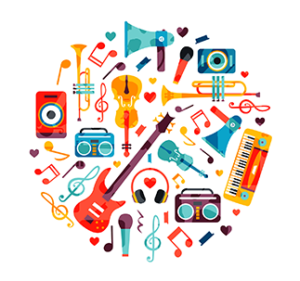 It’s an age old question which often gets asked by clients…”why can’t I use the music I want in my video or my on-line presentation?”

The answer is…you can!

You can use any music you like in your video or presentation regardless as to whether it’s out of copyright, brand new or even composed and performed by you. Of course you can.

However, if you don’t own the rights to the music you might have to pay the person or organisation who does for the privilege.

Library music, bought from any of the many on-line royalty-free vendors, will cost you about £50 per minute. Not bad really considering the time it takes to compose and record a piece of music. And, other people might use the same music in their videos so it won’t be exclusive to your presentation.

But, if you want to use a well known piece of music, say Bing Crosby singing ‘Sams Song’ it will cost a little more for the privilege. Around £250,000 or thereabouts. Yes, you read it correctly, about a quarter of a million pounds for 2 minutes of the old crooner at his best.

Now, if your company happens to be the electronics giant ‘Samsung’ and you are spending £25M on a TV ad campaign based around the sentiment expressed in the song…well you’ve got a good deal. But, if you are a small business looking at a promotional video for which the entire budget is just £1500 then you would be much better off choosing from a royalty-free library.

ROYALTY-FREE DOES NOT MEAN YOU CAN USE IT WITHOUT PAYING

“Yes but what about Mozart and those guys, they’re all dead and well out of copyright?

True, but you still have to pay for the recording, the musicians, the arrangement and the publishers. (just owning the CD doesn’t count). Unless of course you perform the music yourself, and even then you have to get permission from, and pay the owners of the sheet music.

“Yes but who will know if we use a big song in our small video?”.
Good question, and the answer is that, if you only ever show your video in-house and to colleagues and it never appears in public or on-line, chances are nobody will know. But you will still be breaking the law (not something you want to see reported in the national press).

And…be aware that even if you do decide that the risk is worthwhile and you run Tina Turner singing ‘Simply the Best’ for ten seconds at the start of your ‘private’  Zoom or Teams meeting…how do you prevent someone innocently recording it and posting it on social media?   It is your responsibility and the legal bills will start arriving in your letterbox.

The boys and girls at YouTube operate a policing system known as Content ID which logs every video uploaded to their site and compares the analogue wave form with every one of the millions of ‘tunes’ on their database. If you have used someone’s music without paying they will send you a polite note asking about ownership. You must respond, either with proof of payment for the music or proof that you own it. If you don’t they will, at best, mute the audio and, at worst, send men with bow ties and shiny briefcases to take your children away.

Well that might be exaggerating –  but it will certainly cost you more than if you had paid up front.